Hit enter to search or ESC to close

“A good head and good heart are always a formidable combination. But when you add to that a literate tongue or pen, then you have something very special.” 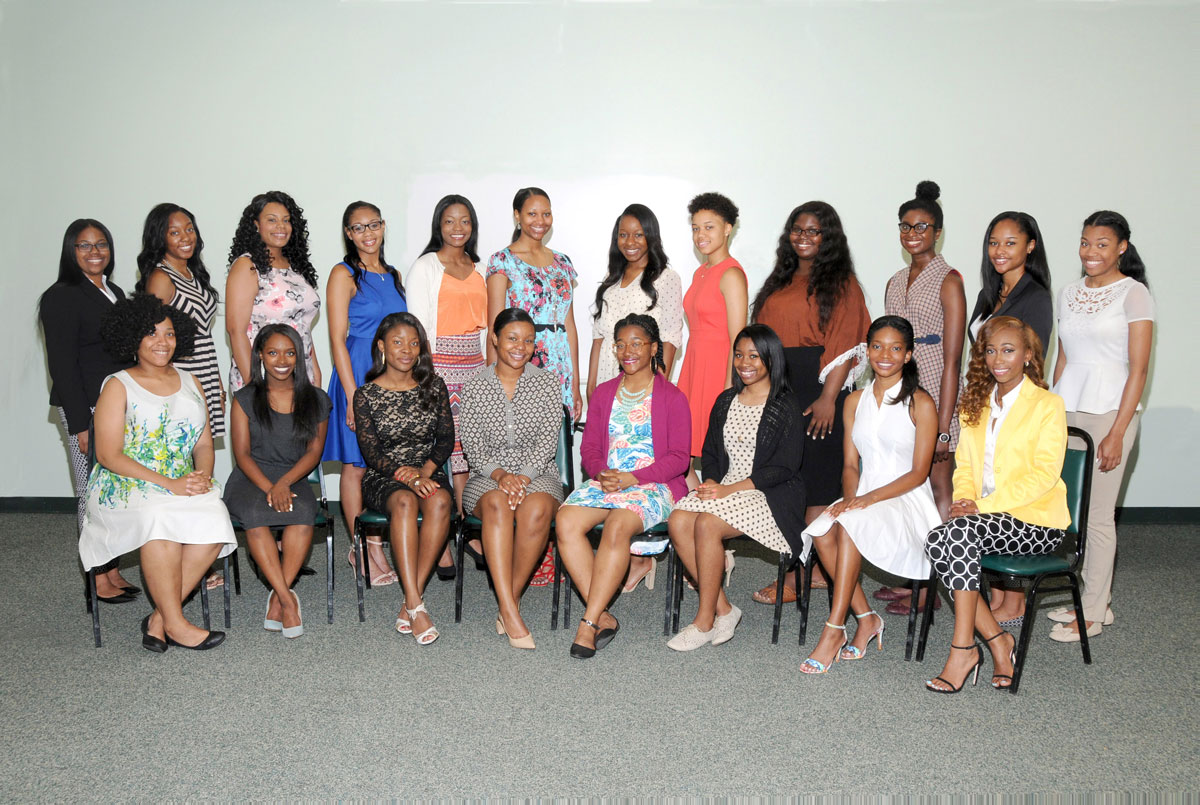 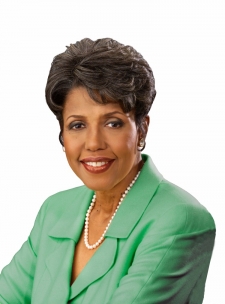 Linda Marie White (April 21, 1942 – February 27, 2010) was Alpha Kappa Alpha’s twenty-sixth International President, who served from 2002 to 2006. She graduated from Parker High School, and entered Clark College, graduating with a Bachelor of Arts in political science. White attained a Master of Arts in political science from the University of Chicago. After graduation, she worked as a Social Security area director. She assumed the duties of International President at Alpha Kappa Alpha’s 2002 Boule in Orlando, Florida.

This scholarship will be awarded to a student pursuing either a career in Public Service or a STEM career. 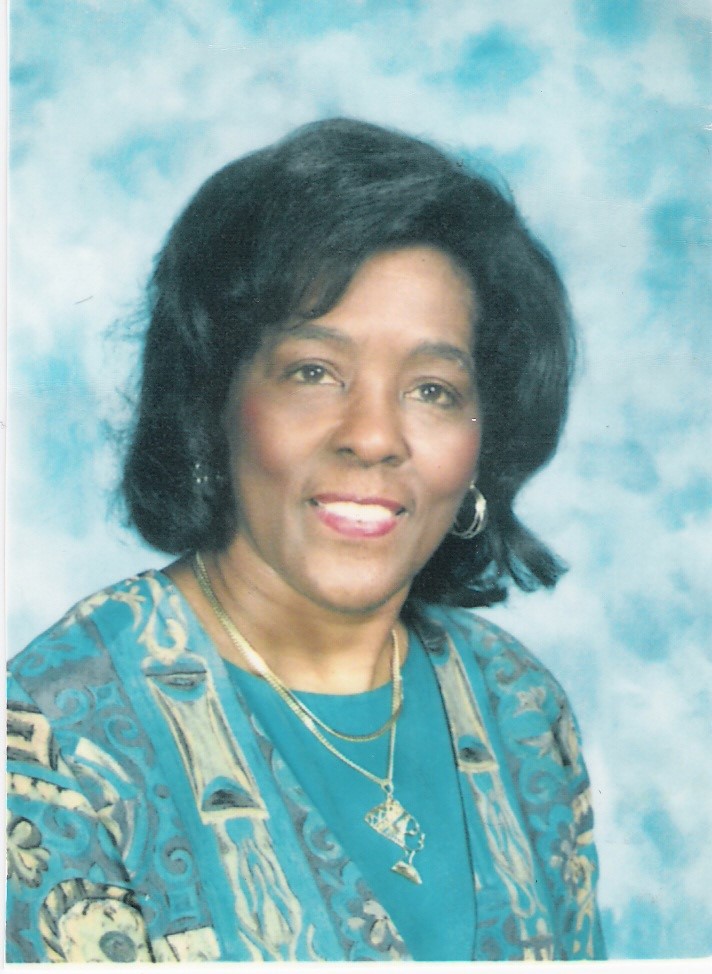 This scholarship was established in 1999 in memory of Virginia Scott Brown. Virginia spent 38 years teaching in the Chicago Public School System at Charles S. Brownell Elementary School. Nurturing young spirits and developing young minds was her passion. She was a devoted and caring teacher who fully loved her students.

Virginia attended Alabama A & M University where she majored in Elementary Education and completed her studies in 3 years. While in college she was initiated into the sisterhood of Alpha Kappa Alpha Sorority Incorporated, Gamma Mu Chapter. She later transferred into Theta Omega Chapter located in Chicago.

Virginia continued her studies and earned a Master of Science degree with Honors from Loyola University. This scholarship was established to assist those young ladies who aspire to help others through service and education by majoring in education and attending an HBCU. This would continue on the legacy, hard work, love and dedication exhibited by Virginia during her tenure as an educator.

This scholarship will be awarded to an African American female who will obtain a degree in education​, attend​ a historically black college or university, and demonstrate financial need. 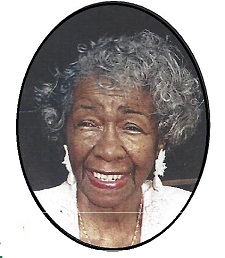 Ruth Montrose was a member of Alpha Kappa Alpha Sorority, Incorporated Theta Omega Chapter. She had a long and dedicated career in social work administration.  In 1936,  she was initiated in Gamma Chapter at the University of Illinois, Urbana-Champaign.

The distribution of this award is based on high scholastic achievement. 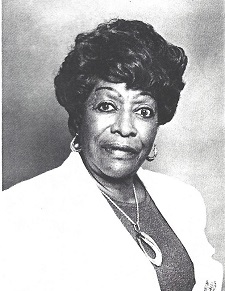 Peggy Johnson Duke, EdD demonstrated academic excellence at an early age. As a child growing up in Lebanon, Tennessee in the late 1920’s, she became an avid reader and effortlessly grasped mathematics principles. Passionate about learning, elementary and high school were completed with ease. With a strong desire to further her studies in order to help improve the circumstances of the broader community, she proudly attended Tennessee State University (TSU), a Historically Black College and University (HBCU). While at TSU she was initiated into Alpha Psi Chapter of Alpha Kappa Alpha Sorority. Incorporated in 1949. Spirited and determined, earning a doctorate from Vanderbilt University was her next academic achievement.

Professionally, Dr. Duke served the Chicago Public School (CPS) system until her retirement in the 1990’s. At CPS she educated a wealth of students and trained many notable principals and administrators. Beyond her career, she remained a lifelong advocate for higher education having mentored multiple generations of college students locally and internationally. Dr. Duke established an AKArama Foundation, Incorporated scholarship to ensure that high achieving young ladies would have financial support toward their studies on the journey toward improving the lives of others. 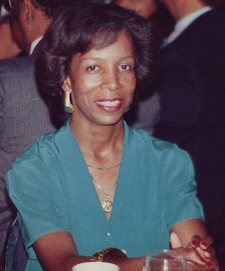 The Dorothy Daylie Houston Scholarship Fund of the AKArama Foundation was established in 1996 to aid the older, nontraditional student graduating from a community college in Chicago transferring to a four-year college or university

Dorothy was a native of Chicago where she attended and graduated from Shoop Elementary School and Frances Parker High School. Dorothy’s mother stressed the value of an education as a means to becoming self-sufficient. She attended Wilson Jr. College but interrupted her college education for marriage, the birth of her only child, Norman Embra Houston and work.

Dorothy’s career began with the Chicago Public Schools where she was employed for over fifteen years. In 1980 she joined the Chicago Police Department as a Patrol Officer and was later promoted to Evidence Technician. During her years with the Police Department, she continued to dream of completing college. Dorothy took classes at night and on week-ends to complete her degree. She earned a bachelor’s degree from Lewis University.

Her enthusiasm for life was exhibited through her concern and caring for others. A major part of her life was spent in projects and programs directed at serving the community. She was involved in a variety of volunteer activities with different organizations. Later, she was an active member of the Guardian Police Organization where she served as secretary both locally and nationally; the Illinois Police Association; St. Jude; and the Snow Gophers Ski Club. She was active with all of these organizations while completing her education. Dorothy became a member of Alpha Kappa Alpha Sorority, Inc. two years before her untimely death.

The scholarship is awarded to a student with financial need and/or high scholastic achievement. 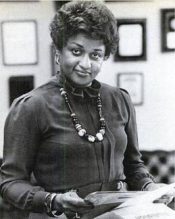 Jacqueline Barbara Vaughn (July 27, 2935 – January 22, 1994) was an American Chicago Public Schools special education teacher and labor leader. Vauhgn was the first African-American and first woman to head the nation’s third largest teachers union local. She served as President of the Chicago Teachers Union from 1984 until 1994, the Illinois Federation of Teachers (1989 – 1994), and Vice President of the American Federation of Teachers (1974 – 1994). She led what has been called one of the “mightiest teachers unions in the nation.”

This scholarship is awarded to a student who expresses an interest or desire to seek a college degree in the field of education. 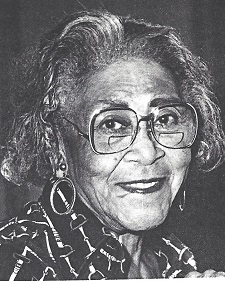 Mary Gee Brock was a Chicago Public School High School Art Teacher and a member of Theta Omega Chapter of Alpha Kappa Alpha Sorority, Inc.  She was initiated into Beta Chapter in 1920.

The Mary G. Brock Scholarship will be awarded to a student majoring in performing or non-performing art. 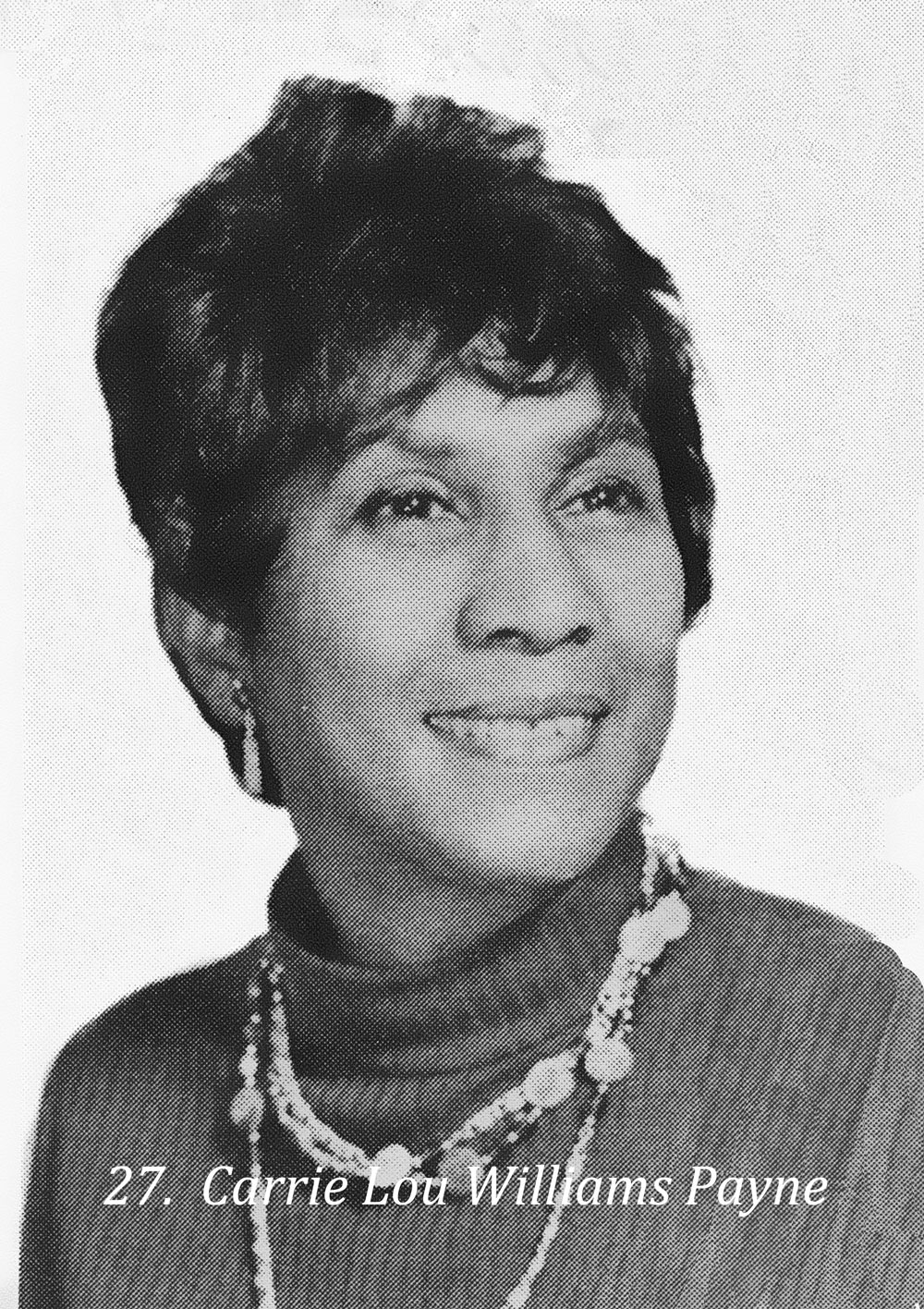 Carrie Lou Williams Payne was the 27th President of Theta Omega Chapter. Carrie was initiated into Theta Omega Chapter in 1946 and was a life member. She attended Northwestern University where she obtained her Bachelor of Science. She also attained Chicago Teachers College where she received a Masters of Education.

Carrie worked as an elementary school teacher for Chicago Public Schools. She was a speech pathologist and itinerant speech therapist. She was one of the first African American Chicago Board of Education itinerant speech therapist. Carrie was involved in the community through her work with the Volunteer Policeman’s After School Reading Improvement Project and a member of the Urban League and Chicago Teachers’ Union Special Education Committee Board. 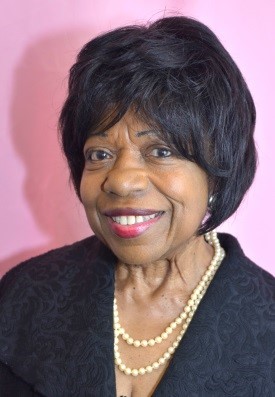 Rita Wilson was Theta Omega’s 35th President. and was initiated into Beta Chapter in 1962. She chaired Alpha Kappa Alpha’s International Corporate Partnerships/Marketing Committee during the 2002-2006 Administration.

Rita received her BS and MS in Management for Public Service degrees from DePaul University. Her career as a public servant began in the Social Security Administration and she retired as an HHS Medicare Program Administrator

Noted for community service, Rita Wilson was a charter member of the Lake Shore Chapter, The Links, Incorporated, Chicago Chapter, Carats, Inc., and the Black United Fund of Illinois. A member of St. Phillip Neri Catholic Church, and the Southside Friends of the Chicago Sinfonietta. 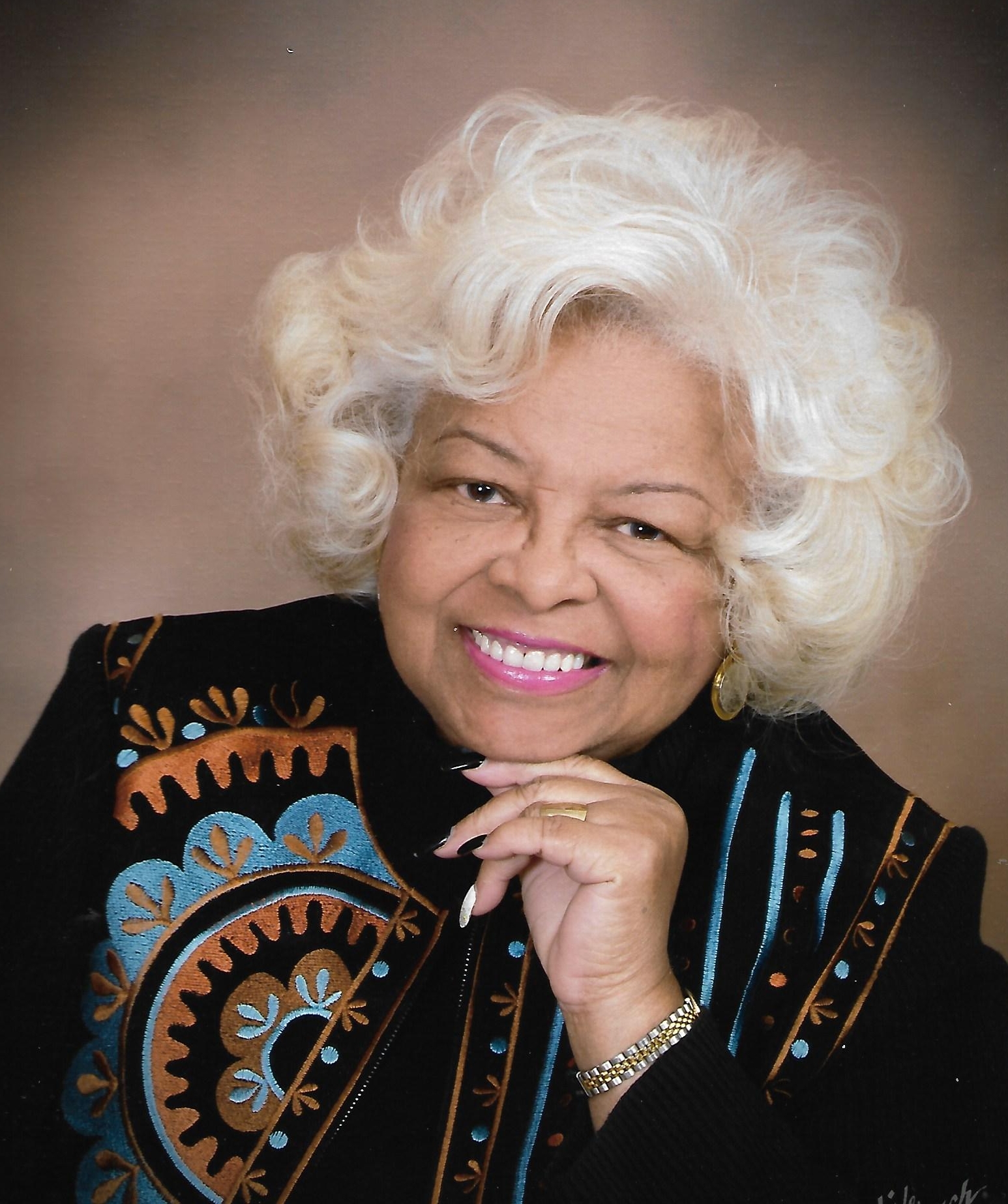 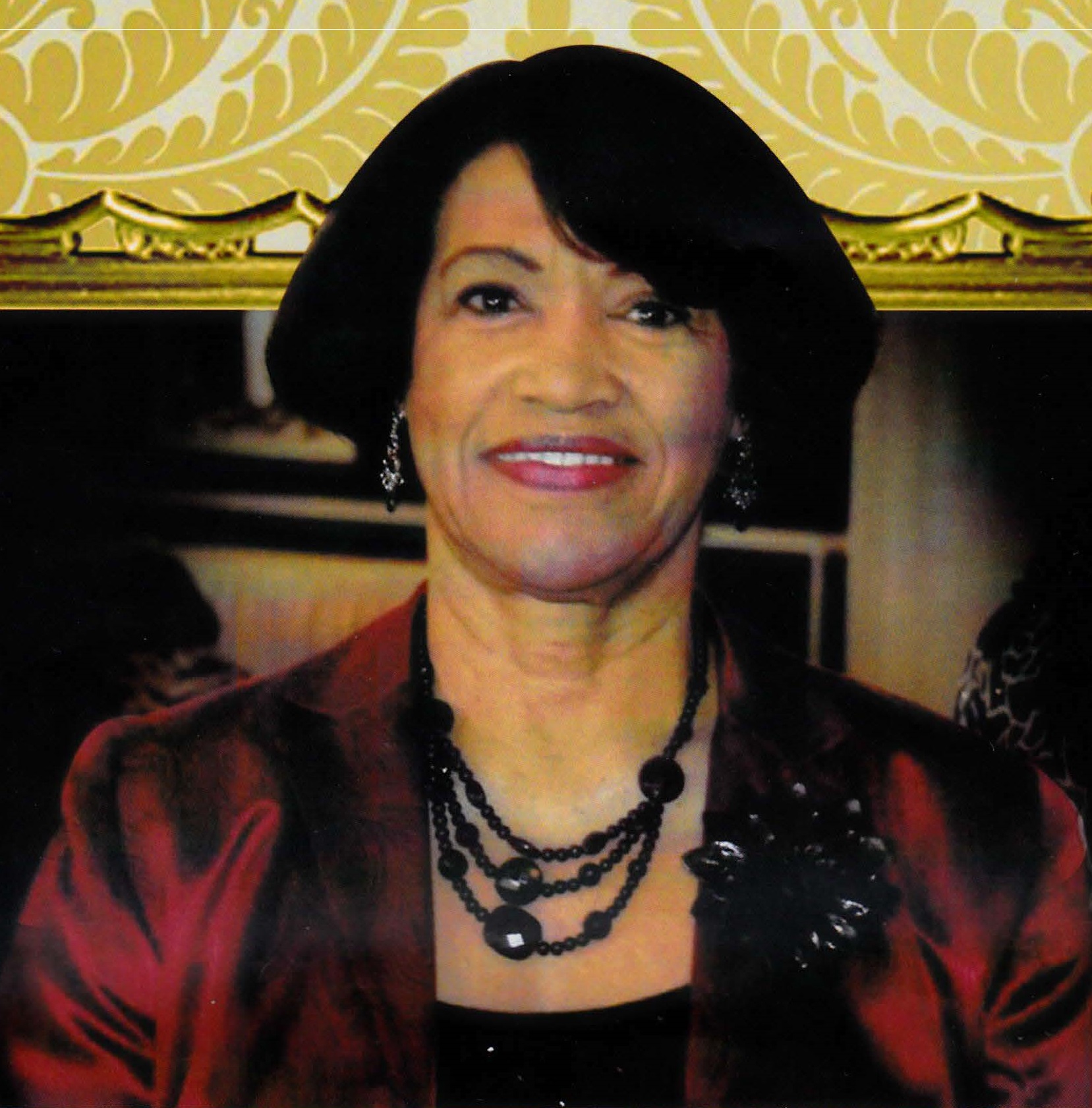 Julia (Julie) Smith initiated in Theta Omega Chapter of Alpha Kappa Alpha Sorority, Inc. in 1992. Julia served as a teacher and reading specialist for Chicago Public Schools for over 30 years.  She attended Chicago Teachers College (Chicago State University) where she received her Bachelor of Science in Primary Education and her Masters of Science in Curriculum Development. Julie was a devoted member of St. Mark United Methodist Church where she continued her love of children and worked with Vacation Bible School and Crib Room Attendant. She served the church in many other capacities including Chairperson of Adult Ministries and Board of Directors for the St. Mark Manor.

This scholarship will be awarded to a student majoring in Education.

Patricia A. Jones was a Chicago teacher, former municipal employee and the wife of Illinois Senate Democratic Leader Emil Jones.
She served as school board president of Holy Name of Mary Catholic School in the Morgan Park neighborhood. Earlier, she taught at Catholic schools in Chicago and New Orleans. She graduated in the early-1970s from Chicago State University with a bachelor’s degree in education.
She taught preschool for the YMCA in Chicago, and working subsequently for the city Department of Human Services, she coordinated preschool and Head Start programs. Later, she worked in office positions at the Chicago Transit Authority and the Chicago Department of Streets and Sanitation.

This scholarship will be awarded to a student who is majoring in either social work or education.